Meet Ragnar, the boy that made his way back home after a year.

This incredible story of survival began when Ragnar came in through our emergency centre as a transfer.

He was found by a local, streets away from home paralysed, covered in ants and initially, he looked like he wasn’t going to make it…

The local rushed him to the closest vet nearby and the team worked quickly to assess his condition and discovered that unfortunately he had fallen victim of a vicious snake bite. During the assessment, vets located Ragnar’s microchip so they could get in contact with the owners to let them know that Ragnar was in critical condition and was being transferred to our Emergency Centre.

But when Ragnar’s owner Jo answered, she had the absolute shock of her life… she had never thought she’d see the day or even receive this call as little Ragnar had been missing for an entire year!

She was in disbelief, and extremely overwhelmed as not only had he been found but he was also in critical condition, suffering from a vicious snakebite.

Jo and her three children were devastated when Ragnar had gone missing last year as he was so loved by the family and their dog Buster who adored him dearly. But more importantly, Ragnar was their little ray of light that Jo and the kids bought for her husband and their dad, Adam as a gift for Father’s day. In 2019 the following year, Adam sadly passed away.

Ragnar meant the absolute world to them so when hearing this news, they were in absolute awe. It was a true miracle to have found him again and for him to have finally made his way back to them.

At our emergency centre, Ragnar was treated with antivenom and began to make a big improvement over the following days and was finally able to go home. Jo and her kids were so happy to have him back in their arms and treasured every moment. Her eldest son suffered so much since the loss of his dad and cat, so he is over the moon to have him back – they have even slept together every night since Ragnar’s return.

It’s also safe to say Buster was excited to have his best friend back too.

It is still unknown as to where Ragnar was for the whole year. Our vets suspect he was being fed and well looked after nearby as he was otherwise in good condition to have been alone this whole time.

Residents in the local area had also seen him around but never knew exactly where he lived. 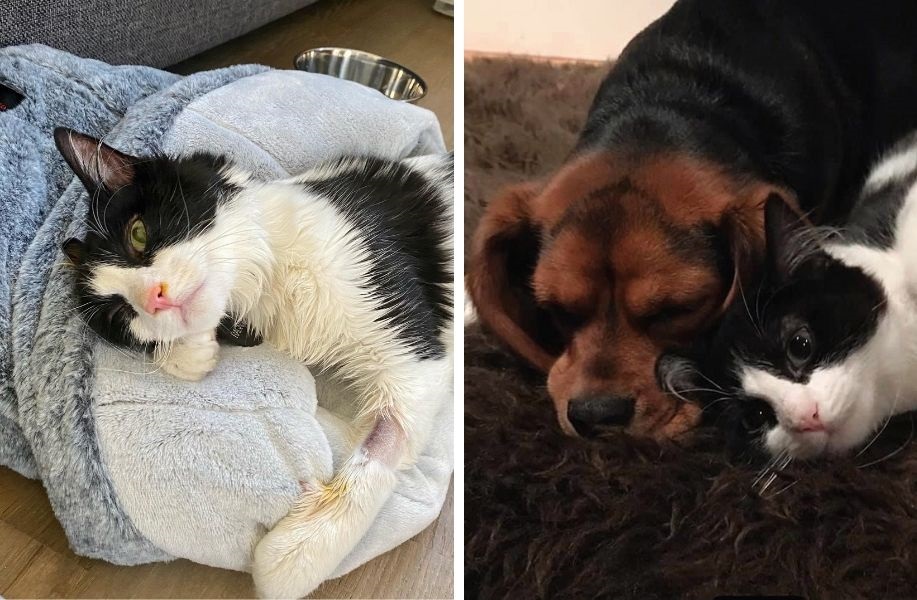